And if any such an operation were to be seriously contemplated I would insist that major benefits should flow to local African village folk just outside the boundary of the national park. And THAT is a whole new ball game.

Few people have NOT heard of the “endangered species concept”. Most of us, however, have no idea what it really means. And nobody can explain just how it can or should be applied in the field of science-based wildlife management. This is because it is based on a false premise and there is no logical place where it can be applied.

NB: The original definition went something like this: “An endangered animal species is one whose numbers are low and constantly declining, and the reasons for the decline cannot be halted; or the habitat of which is constantly degrading, the reasons for which cannot be reversed. In either case, the conclusion is the same – the species faces inevitable extinction.”

Now let us have a look at one species that is currently listed as endangered – The African Elephant (Loxodonta africana). It is reported to occur in 137 African countries (known as the African elephant “range states”) and to comprise over 150 separate populations.

NB: To make absolutely certain that everybody understands what I am going to be talking about, I will now define what a species is; and what a population is.

A POPULATION is: “A group of animals of the same species the individuals of which interact with each other on a daily basis, in continuum, and which breed ONLY with other animals in the same group”.

Elephants are able to live, and thrive, in a variety of habitats – savannah; grassland; woodland; lowland, montane and riverine forest; and in swamps – all of which occur between the coast and the continent’s highest mountains; and in regions of high rainfall as well as the most arid of deserts. In some areas they live in harmony and in close association with human settlements. In others they are heavily poached by their human neighbours. In places some elephants raid the local people’s crops and damage their water supplies; and they are often shot because they have become “problem animals”.

So each of Africa’s 150 elephant populations live within an environment that is uniquely its own. Each population’s habitat, and the various other environmental pressures that are exerted on it, are very different to those that pertain to every other population. THAT means they have to be managed individually. There is NO universal management solution.

If we want to understand the full implications and applications of elephant population management practices, however, we must also have a clear understanding of the term “habitat carrying capacity” – because THAT is a vital benchmark in elephant management programmes.

NB: In the simplest of terms, “habitat carrying capacity” quantifies the maximum number of elephants that a habitat can sustainably support without the vegetation suffering permanent and progressive damage.

If we want to maintain an elephant population in a national park for posterity – that is forever – it is imperative that the park’s habitats be maintained in a dynamically stable and healthy condition.

The wildlife manager, therefore, must not allow elephants to proliferate without constraint because, ultimately, that will lead to the population exceeding the sustainable habitat carrying capacity level. Such habitats are then continuously over utilised – by too many elephants – so they progressively degrade. This state of affairs is currently the norm in most southern African national parks.

Leaving elephants to their “own devices” in a game reserve, therefore, will destroy everything!

So to those of you who believe that nature should be left to her own devices in a national park, I say: “Think again”. Elephants – being the largest mammals on planet earth – are also the most destructive. They and their habitats need to be managed!
Ron Thomson.

An elephant population the numbers of which (in 2020) change according to who is making the assessment. Ferreira and van Aarde, for example, state the number is now static at 15 000 to 17 500. Joubert (Dr Salmon Joubert) claims the figure cannot be less than 32 000. Thomson aligns himself with Joubert. Who should the reader believe?

Met alle respek gesê Dr Ferreira, hierdie bestuursbeleid wat julle toepas lewer geen positiewe resultate nie - die verwoestening duur net eenvoudig voort.
"Facts are stubborn things; and whatever may be our wishes, our inclinations, or the dictates of our passion,
they cannot alter the state of facts and evidence. ~ John Adams.
We are honest, trustworthy and reliable.
Top

Nature is an asset and all of human society, including business, fundamentally needs nature. However, the world is compromising its future ability to draw on these services, said WWF South Africa CEO Dr Morné du Plessis.

Creecy added that the White Paper envisages an inclusive, transformed society living in harmony with nature, where biodiversity conservation and sustainable use ensure healthy ecosystems, with improved benefits that are fairly and equitably shared for present and future generations.

“Conservation and sustainable use of biodiversity can contribute to addressing South Africa’s triple challenge of poverty eradication, inequality and job creation,” she said.

Conservation and sustainable use of biodiversity

By voorbaat dankie vir u bydrae op dié wyse.
"Facts are stubborn things; and whatever may be our wishes, our inclinations, or the dictates of our passion,
they cannot alter the state of facts and evidence. ~ John Adams.
We are honest, trustworthy and reliable.
Top
Post Reply
35 posts 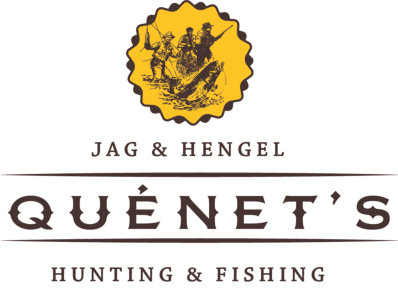